Not many college freshmen sign a record deal in their first semester, but 24kGOLDN has never been average. The San Francisco native always excelled in school, eventually earning himself a full-ride scholarship to attend business school at USC. In Los Angeles, the 18-year-old artist thought he’d learn valuable life skills, meet new people, and leave with a degree. But when he was presented with the opportunity to seriously pursue music, he knew he had to take it. “It’s like I was getting drafted into the NBA or something,” he says. “We gotta go now.”

Growing up in San Francisco’s Lakeview neighborhood, Goldn gained a valuable perspective. “It’s a very diverse place in terms of the people that live there, the different scenes that are there, and the culture,” he says. “I think being able to see a little bit of everything prepared me to have an open mind about the world.” The music he grew up on reflects this open-mindedness: the Bay Area rappers, like E-40, that were the sounds of his neighborhood, the Michael Jackson that was the music of his parents, and the Black Eyed Peas, T-Pain, and Akon that he heard on the radio as a kid. Goldn immersed himself in music, singing in the choir throughout middle school, but it wasn’t until he got a little older that he thought about making his own songs.

A self-described sneakerhead from a young age, Goldn began frequenting the sneaker and clothing boutique around the corner from his house, and he quickly became close with the owner, Paypa Boy. This relationship, formed from Goldn’s early love of all things fashion, soon expanded to music when Paypa Boy invited him to record at the studio above his shop. Inspired by Future and Young Thug, Goldn began experimenting with Auto-Tune and developing his unique voice. “It was like all the singing that I had been doing over the past couple of years stuck with me,” he says. “It just kept compounding and compounding, and I learned how to make better use of the tools I have at my disposal.”

“Ballin Like Shareef” was the first song where Goldn found his sound, combining the Bay Area’s signature tempo with an irresistibly catchy melody. The song got attention from blogs and listeners, but Goldn had another song he knew was going to be huge. “Valentino,” his first single released on Columbia Records in January, perfectly showcases the young artist’s next-level songwriting ability and star power.

Goldn has recently taken a leave of absence from USC and his upcoming debut project via RECORDS/Columbia, DROPPED OUTTA COLLEGE, chronicles his crazy journey since moving to L.A. “It’s very reflective of the whole last year for me: leaving home, being a student, leaving that and becoming a full-time artist,” he explains. “No two songs sound alike.” But the project is only the beginning for the multi-talented artist, who has his sights set on moving deeper into fashion, modeling, and acting along with his music. “My goal is to have such a versatile catalog that you don’t have to listen to anybody else’s music except mine,” he says. “I want to create a whole world for people.”

In My Head (feat. Travis Barker) 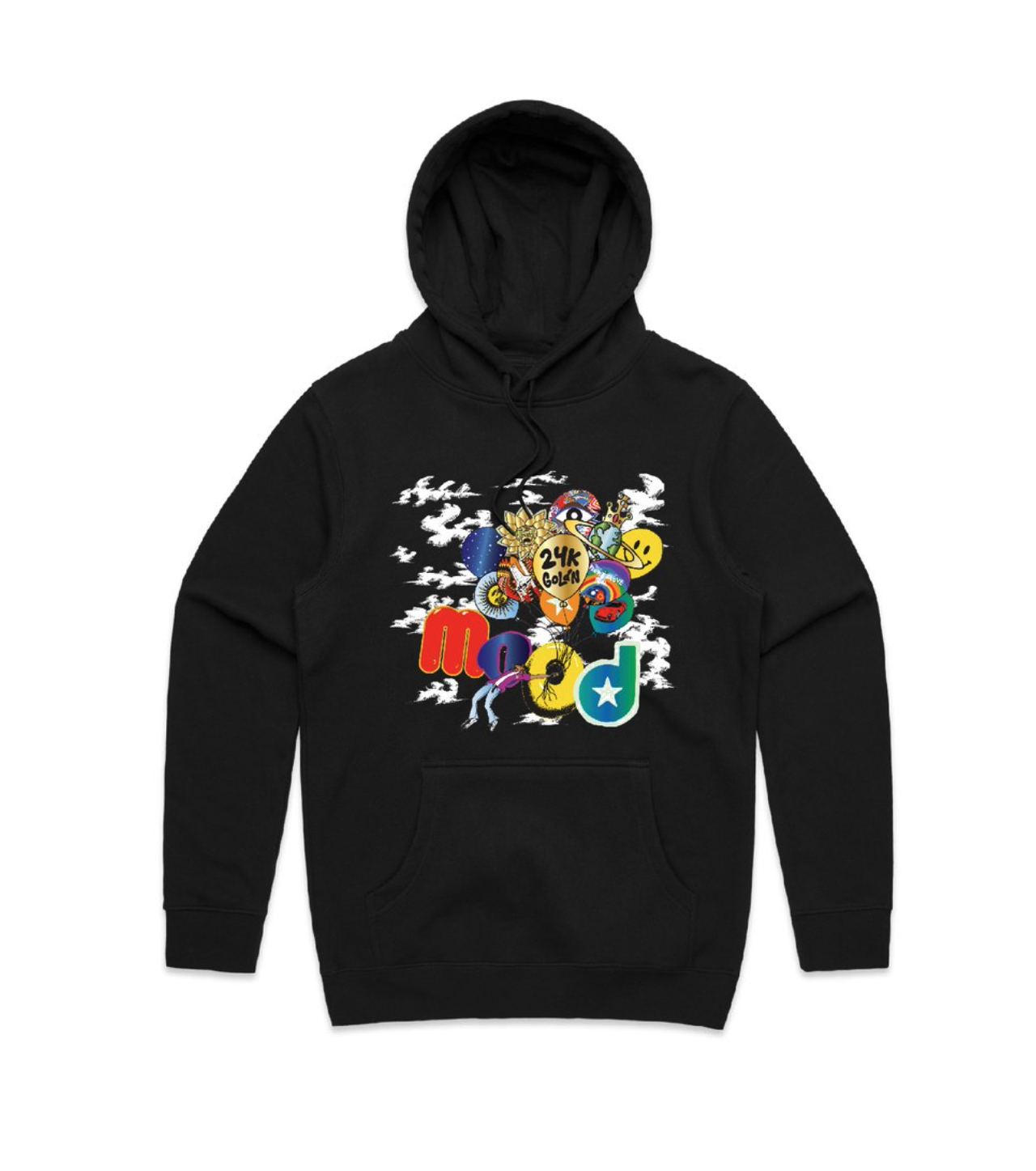