By the time Buddy was old enough to drive, he’d already been thrust into hip-hop’s fast lane. A rising rapper from Compton, California, with early co-signs from Pharrell, Chance The Rapper, Kendrick Lamar, and others, Buddy released his highly anticipated debut album, Harlan & Alondra, in 2018 via his own imprint Cool Lil Company and RCA.
Harlan & Alondra, named after the cross-streets of his childhood home paints a diverse picture of his Los Angeles, one that goes beyond stereotypes of gangbanging and Hollywood glamour. Highlighted by songs like “Black,” a dizzying collaboration with A$AP Ferg celebrating blackness in the face of oppression; “Hey Up There,” a gentle letter to God featuring Ty Dolla $ign, in which Buddy sings about life, death, and success; and “Trippin” featuring Khalid, a woozy anthem to achieving higher states of mental clarity.
In 2019, Buddy toured with Vince Staples, sold out the Fonda Theater in his first headlining show in Los Angeles, and appeared on numerous festival lineups. He also participated in the now legendary sessions that bore the Grammy-nominated Revenge of The Dreamers III album from J Cole’s Dreamville collective. He was widely recognized as pivotal to those sessions and the evidence shows in his four features across the project.
When Covid-19 hit, Buddy took advantage of the quarantine to deliver Janktape Vol. 1, a freewheeling and carefree collection of songs created with his roommate Kent Jamz. Most recently, Buddy took a more serious tone with “Black 2”, a searing examination of society’s cultural appropriation of Black culture while also remaining silent when it comes to protecting Black lives. 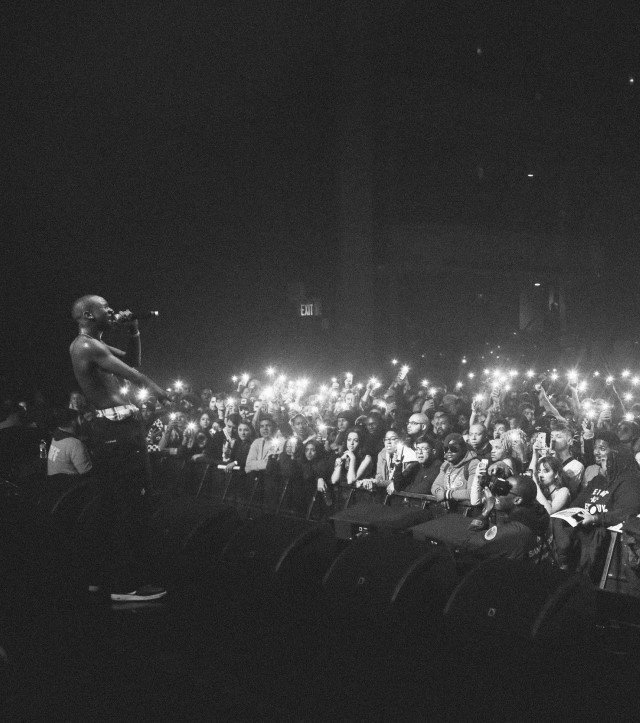